The project brief was to update the look and feel of the existing Boardrooms and the Ante room connecting them at the Foodcorp Head office, located in the semi industrial area of Pretoria West. The Ante room connecting the two boardrooms had to be redesigned to be a multi-functional area to allow use for catering during meetings, as well as small office functions. It should also allow for small informal meetings and or breakaway area between board meetings. A major design challenge was to lift the dark, claustrophobic and outdated feel of the boardrooms as natural light had been blocked off by warehouse buildings on the outside. Unfortunately, this problem could not be rectified by adding windows and an alternate solution had to be found. The oppressing feel in these rooms were addressed by updating the finishes as well as by upgrading existing lighting to modern low energy fixtures which produce more light and so brighten the room. Additionally, a custom giant photographical landscape was added to the space in conjunction with professional photos taken of their mill, to reduce the claustrophobic feel and create an illusion of space. The existing oak boardroom table was retained, restored and so was the server units, keeping the renovation cost low and within budget. 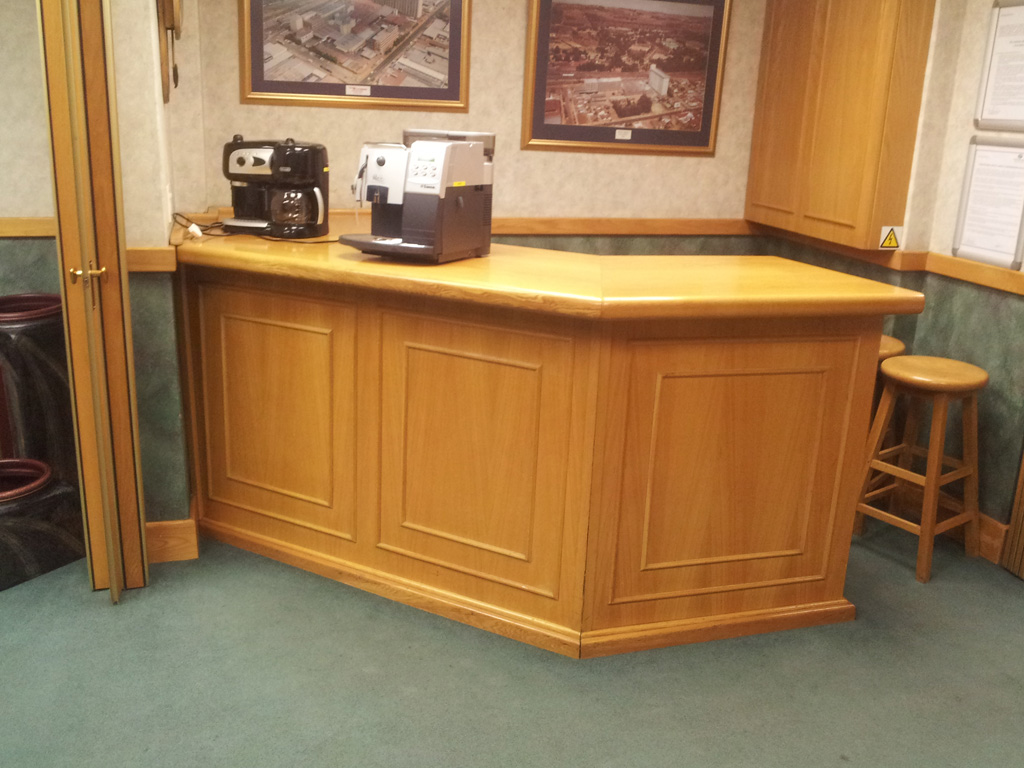 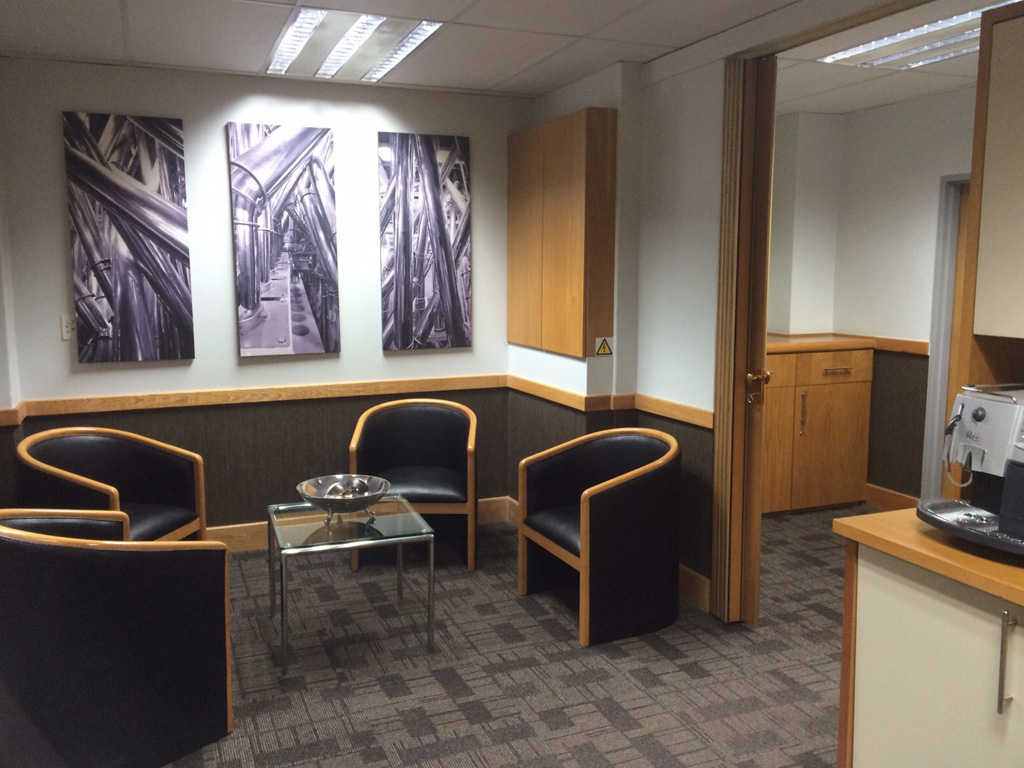 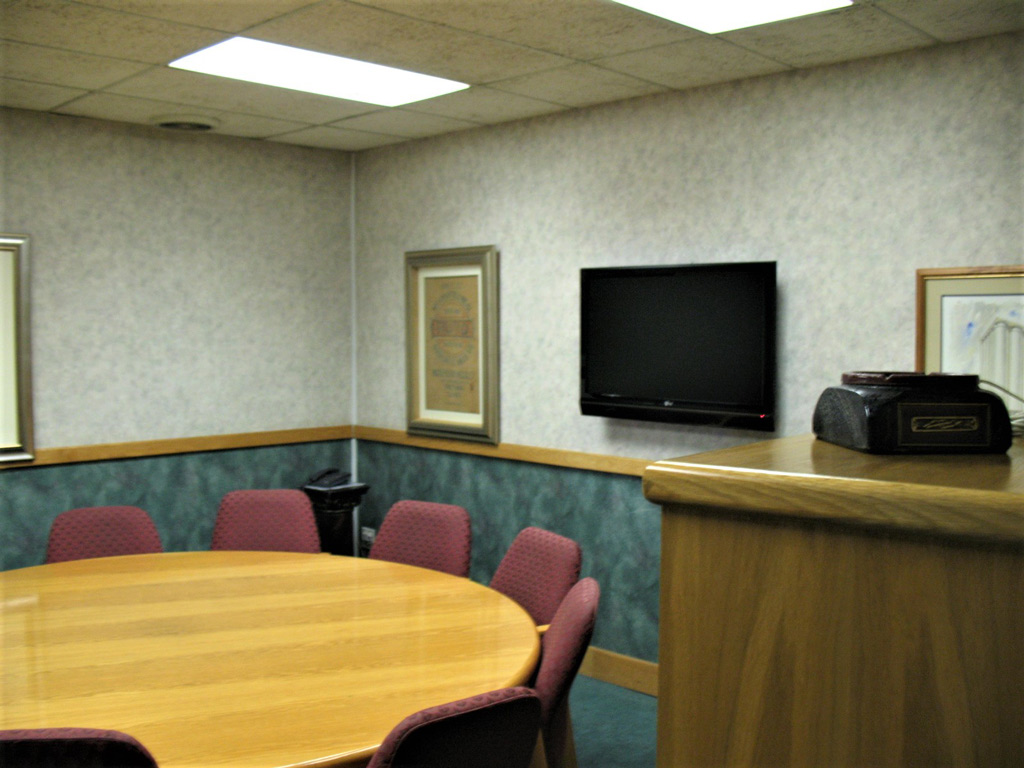 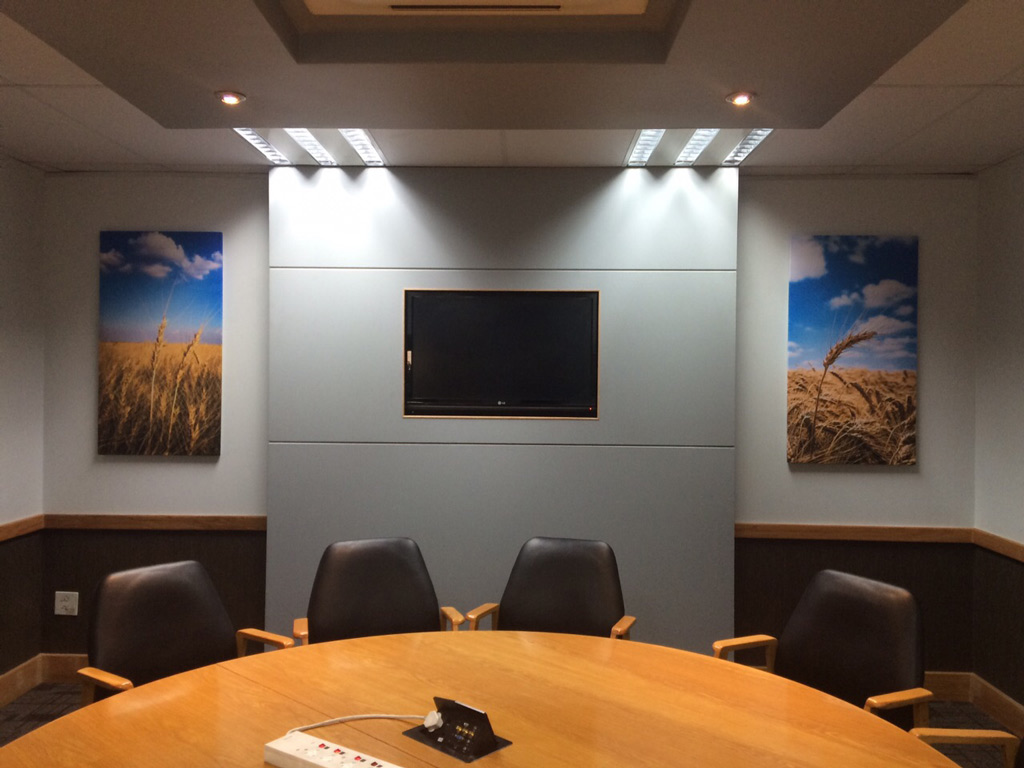 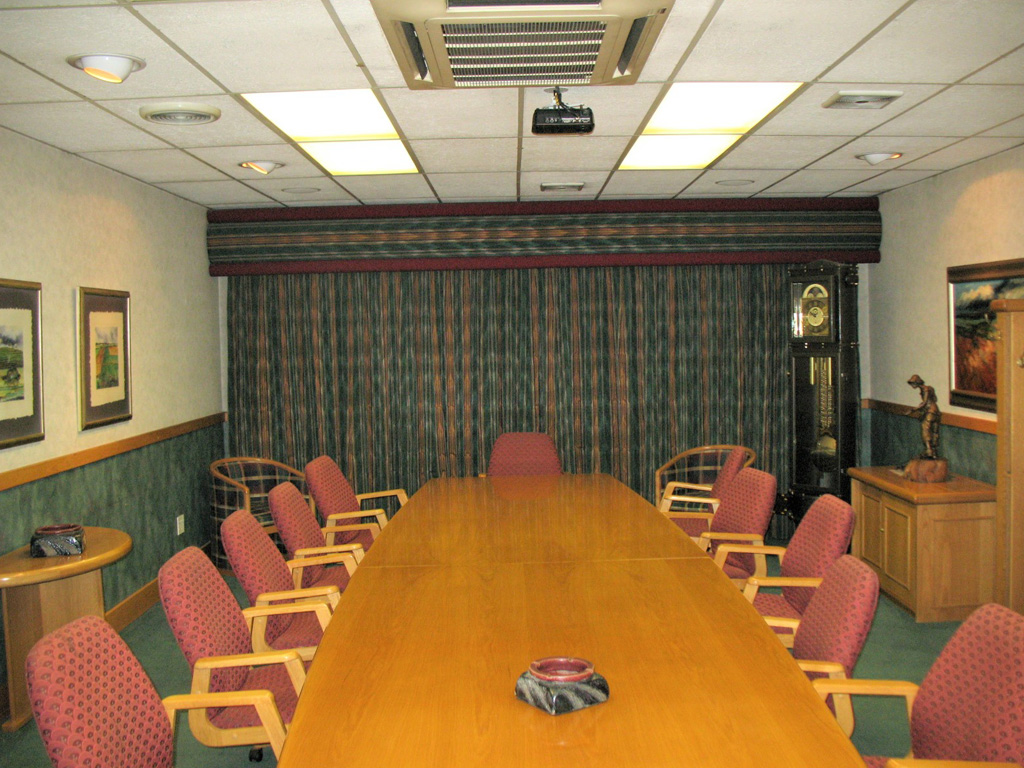 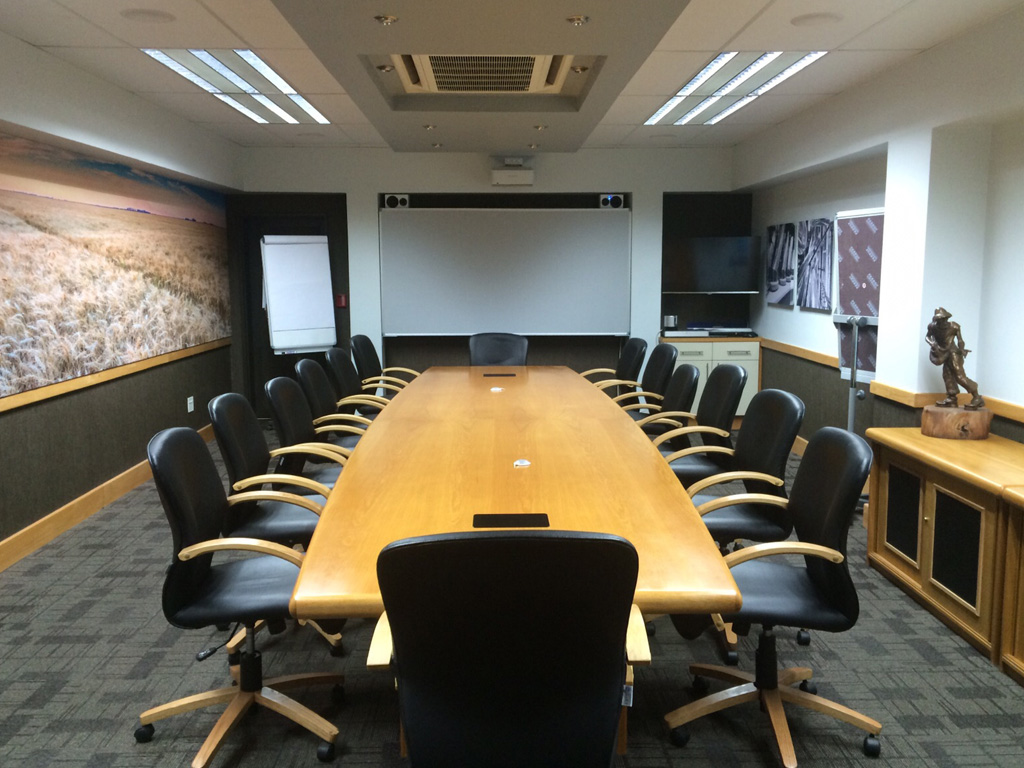