This property was purchased by the owners, an architect and artist, middle of 2005 largely due to the potential of the large garden and old trees established on the property. Since the property was vacant for close to a year, the garden and house was in dire neglect and required a lot of attention to get to an acceptable standard.

The owners both love gardening and spent a lot of time and effort to clear the garden of all invading plant species and overgrown areas in order to re-establish a lush and inspiring garden that can be enjoyed by all. Due to the topography of the 2400m² stand, as well as the placement of the existing house and out buildings, the garden is automatically divided into smaller sections or “exterior rooms”. This feature was further developed and allowed the areas of the garden to be treated in different styles and characters, emphasising the room theme of the garden.

The introduction of structured pathways, with semi-formal borders, fountains and other garden features along the way, created a “journey” lined with focal points, all the way from the motor court, to the front door. Due to the number of large old trees, the garden is to a large degree shaded; that guided and restricted the kind of planting that could be used. This however allowed the garden to give the feeling of time and establishment, almost right from the start.

Hard surfaces were softened where possible, or broken into different materials, to create interest and break the monotony of the large, black slate pathways and verandas that surrounded the house and out buildings.  Several water features were developed over time to create suitable habitats for a variety of frogs, koi and other fish species. The garden is home to many bird species and makes for beautiful sounds of nature all year long. This, combined with over 50 different chimes of different make and size, creates a magical world of sound, especially on lightly windy evenings.

The surrounding landscape was inspired by Australian Landscape design, with mostly tropical planting and circular elements as a design theme. 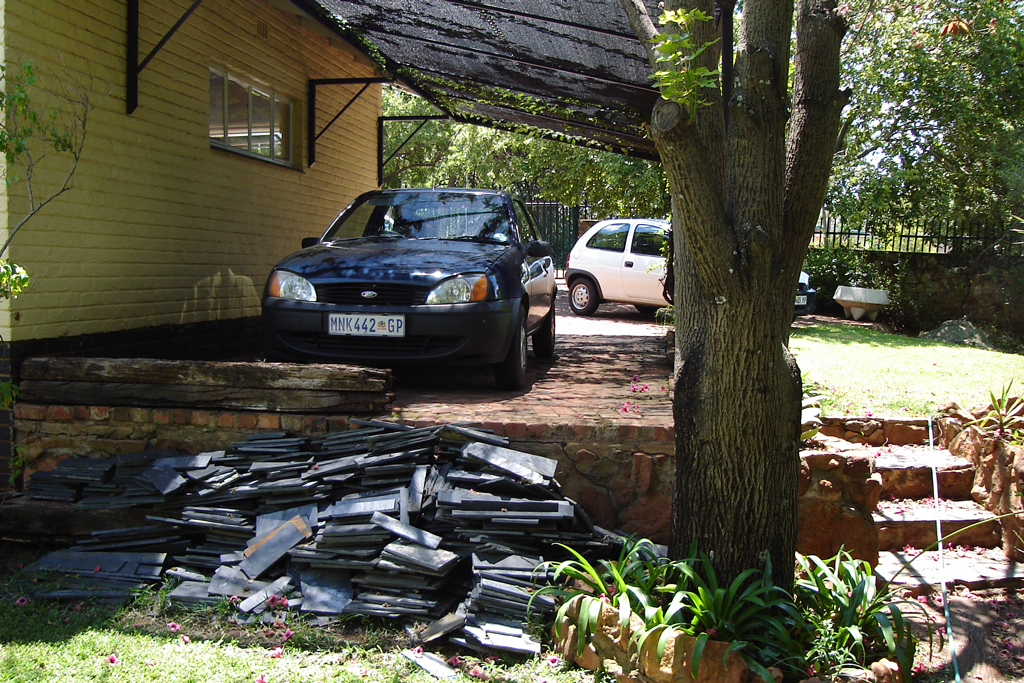 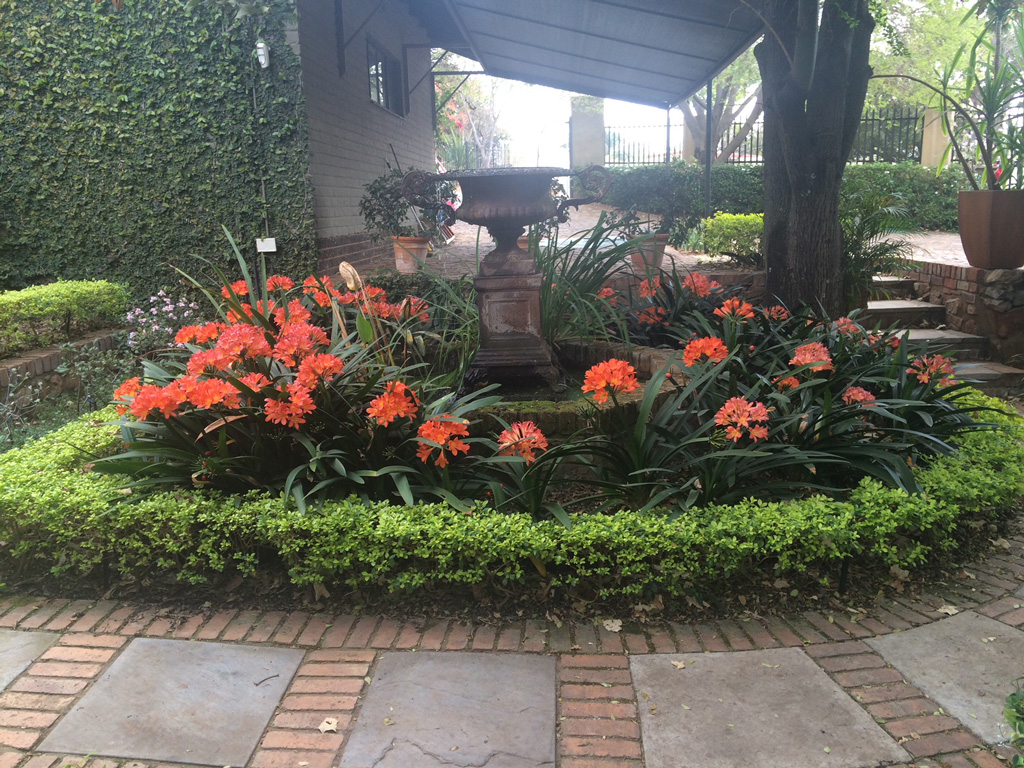 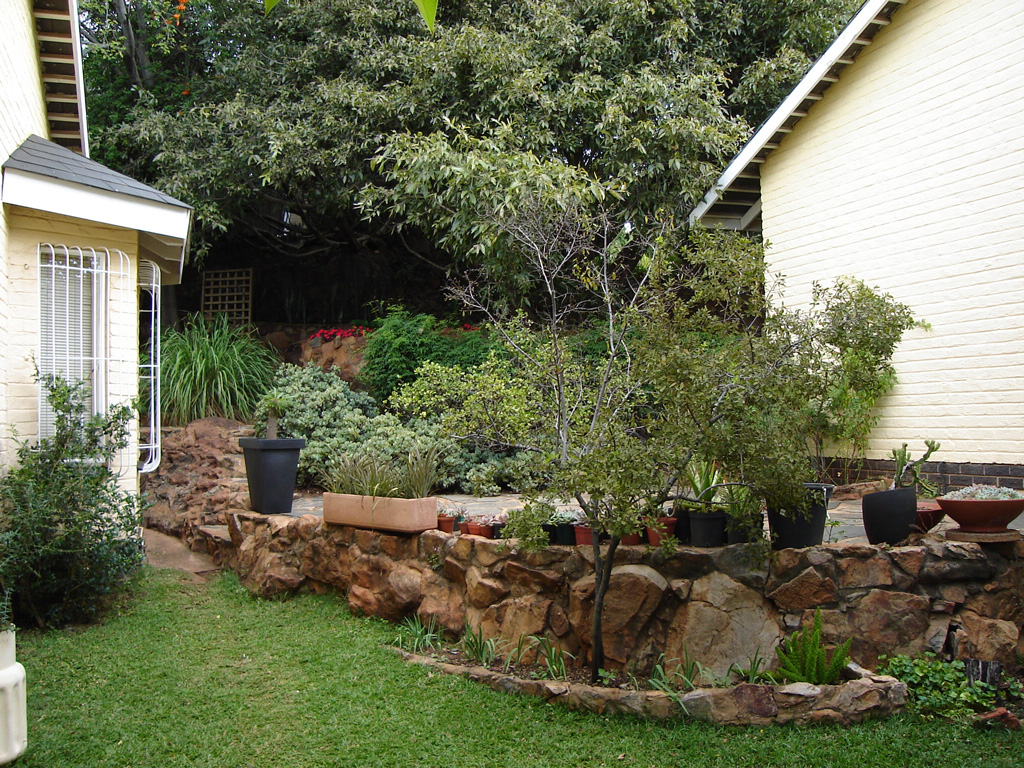 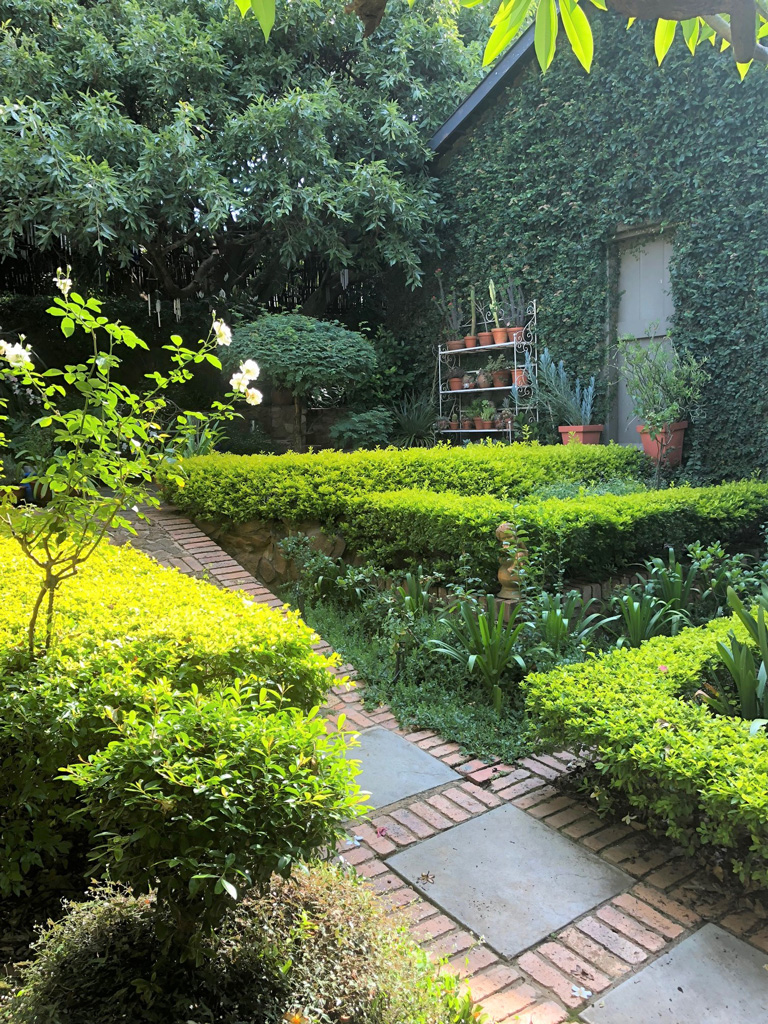 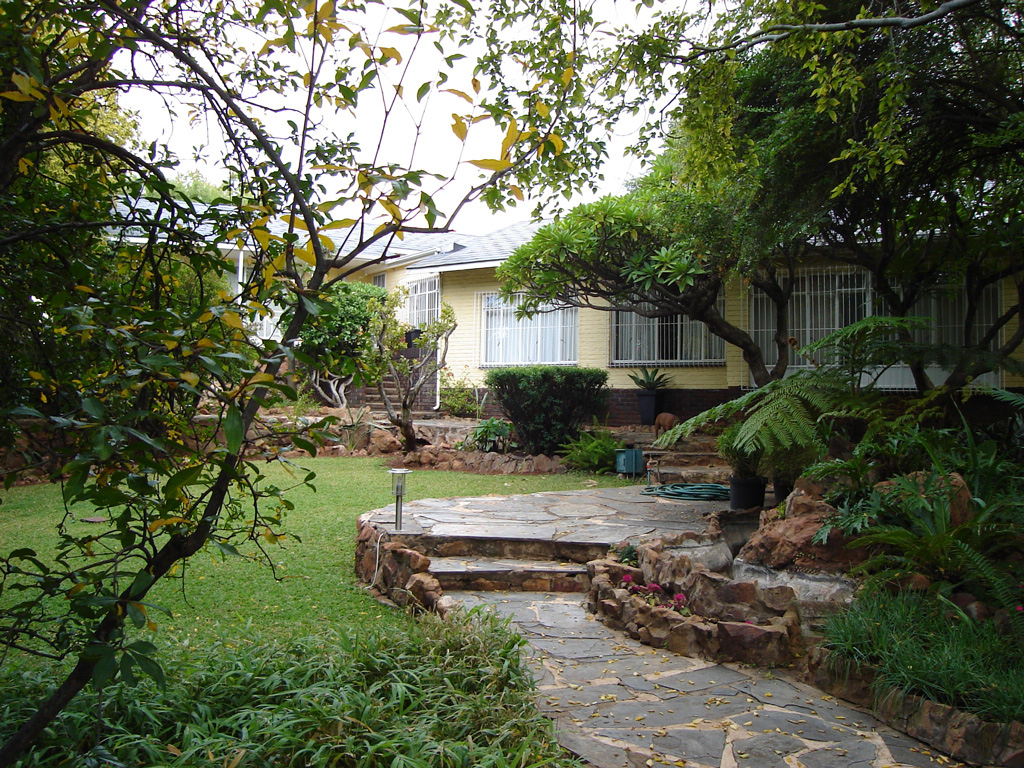 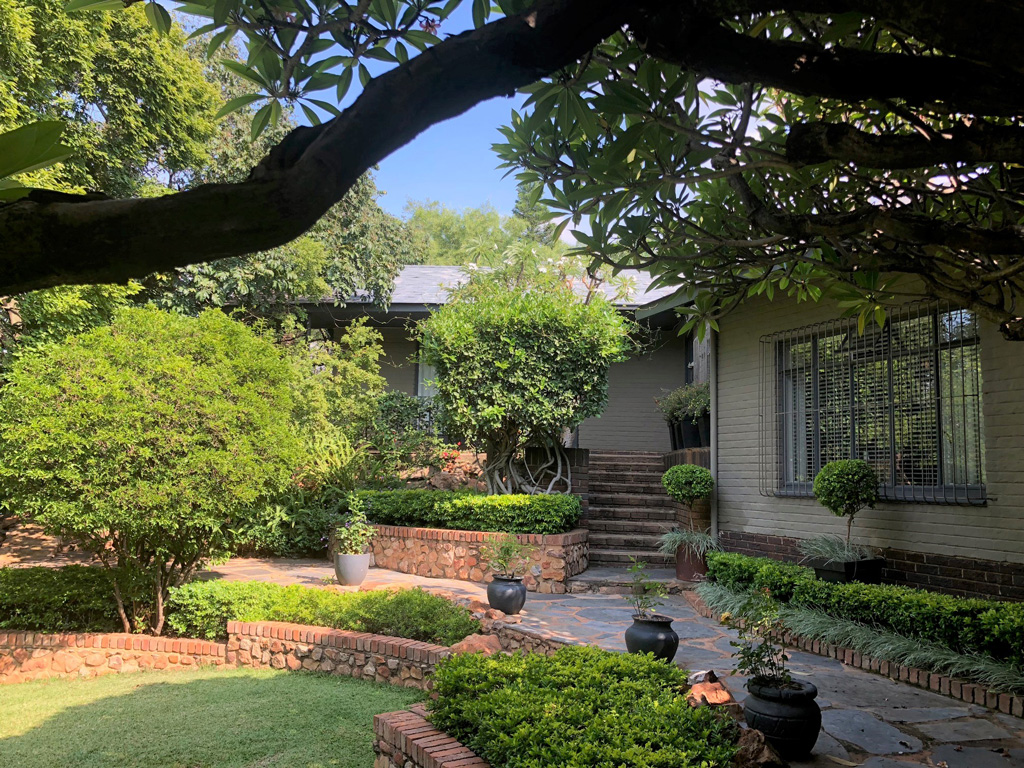 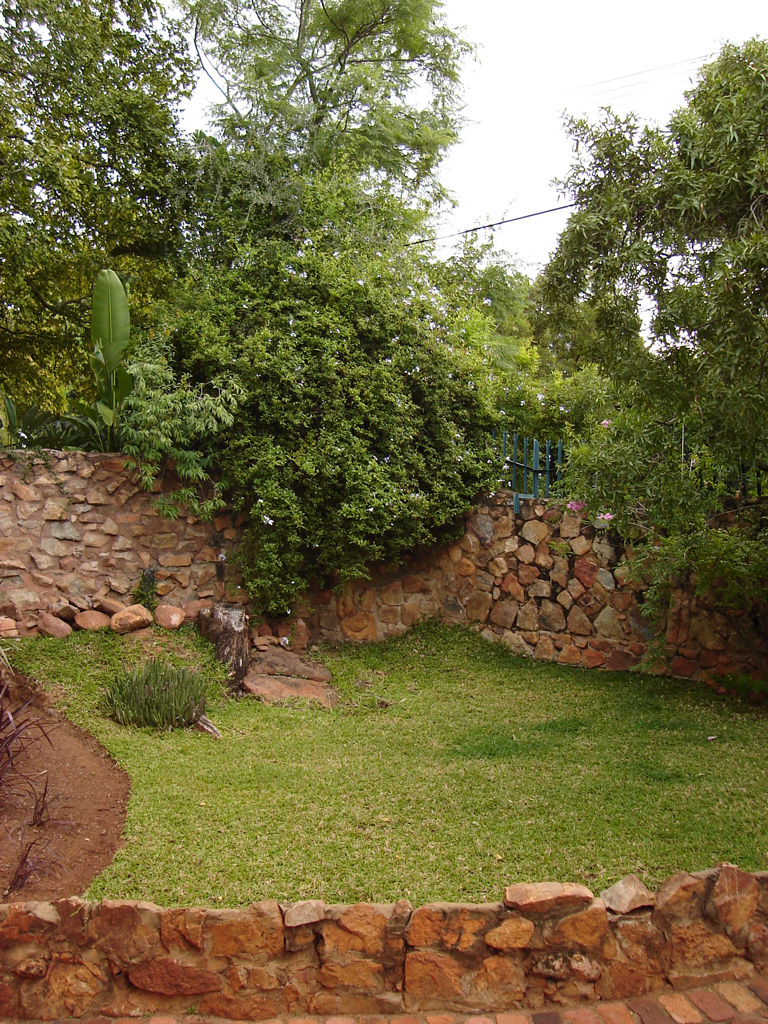 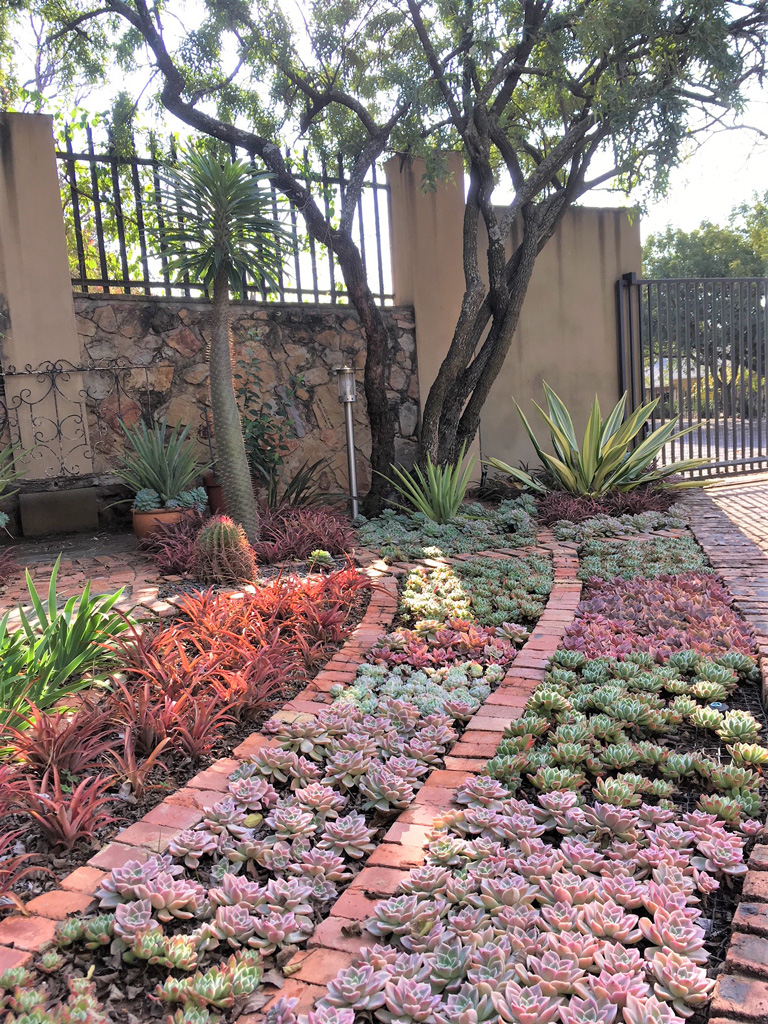 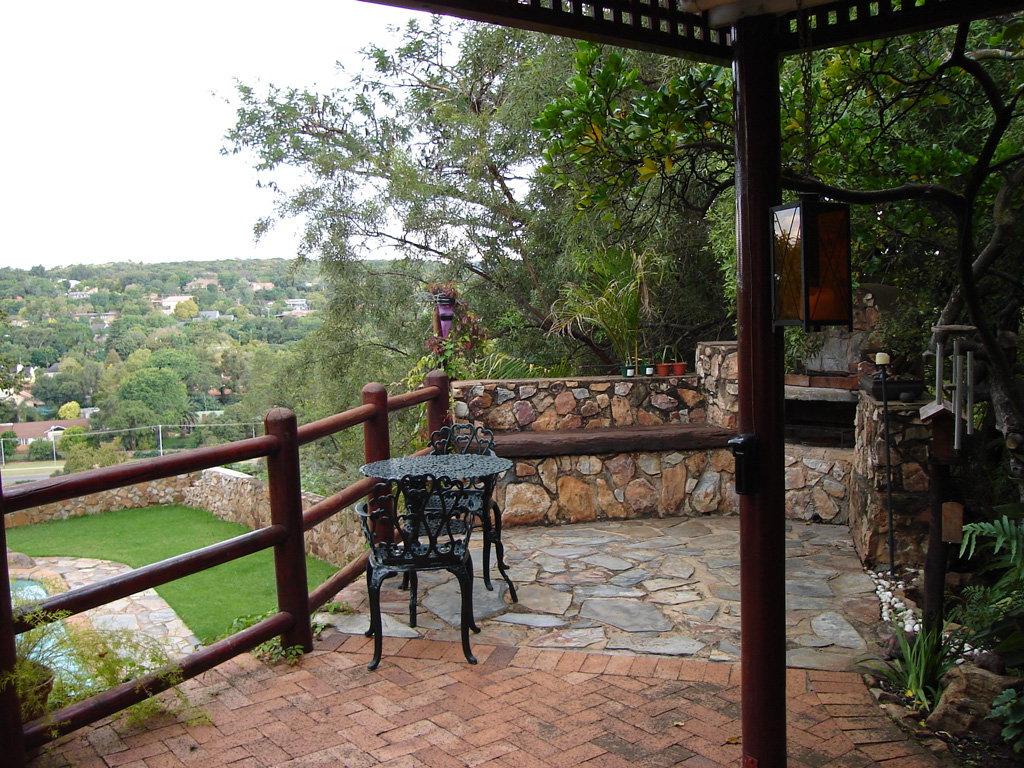 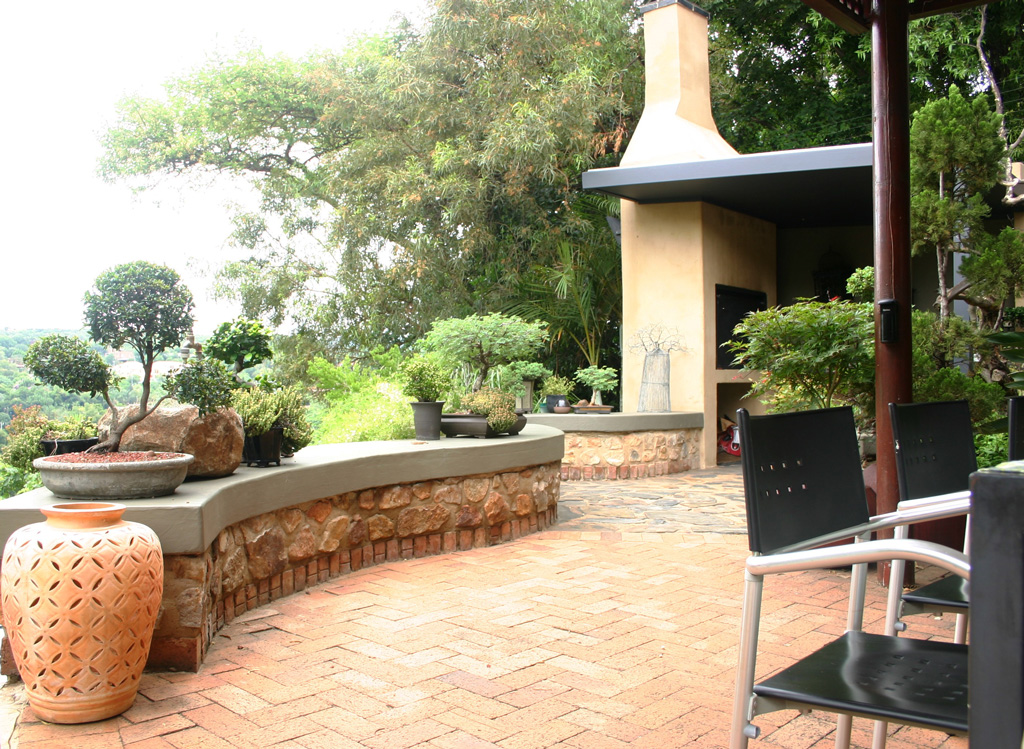 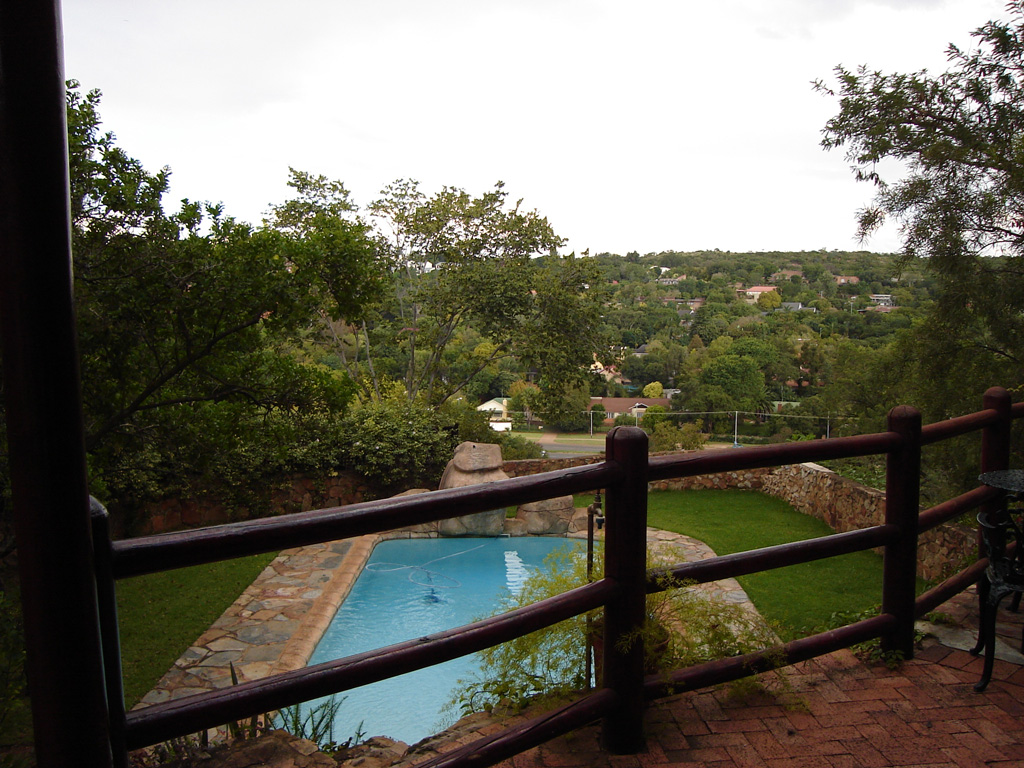 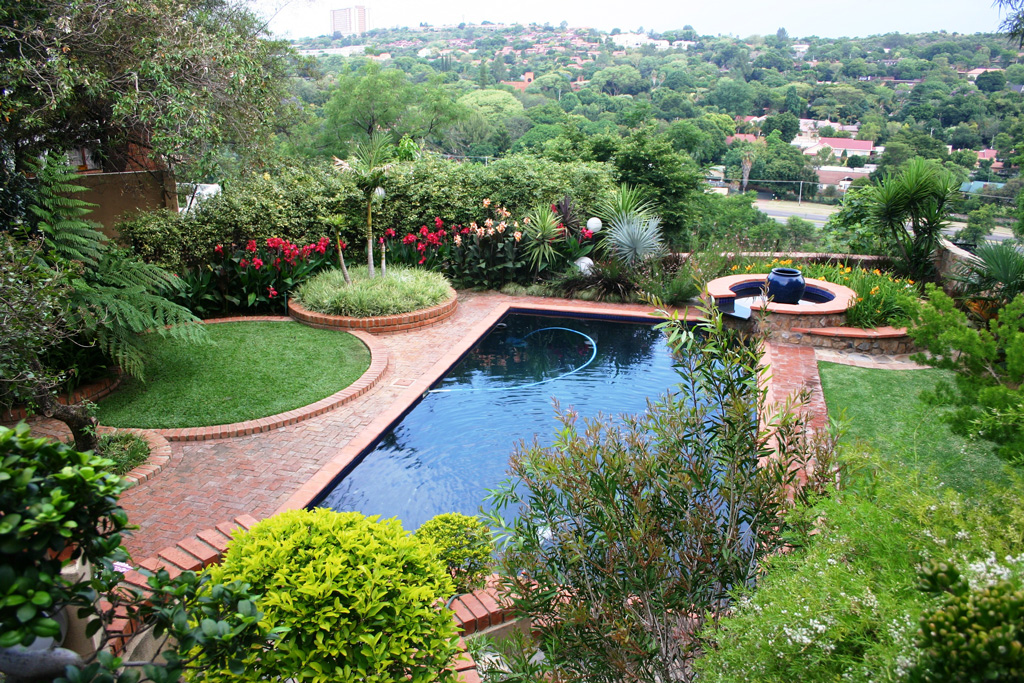 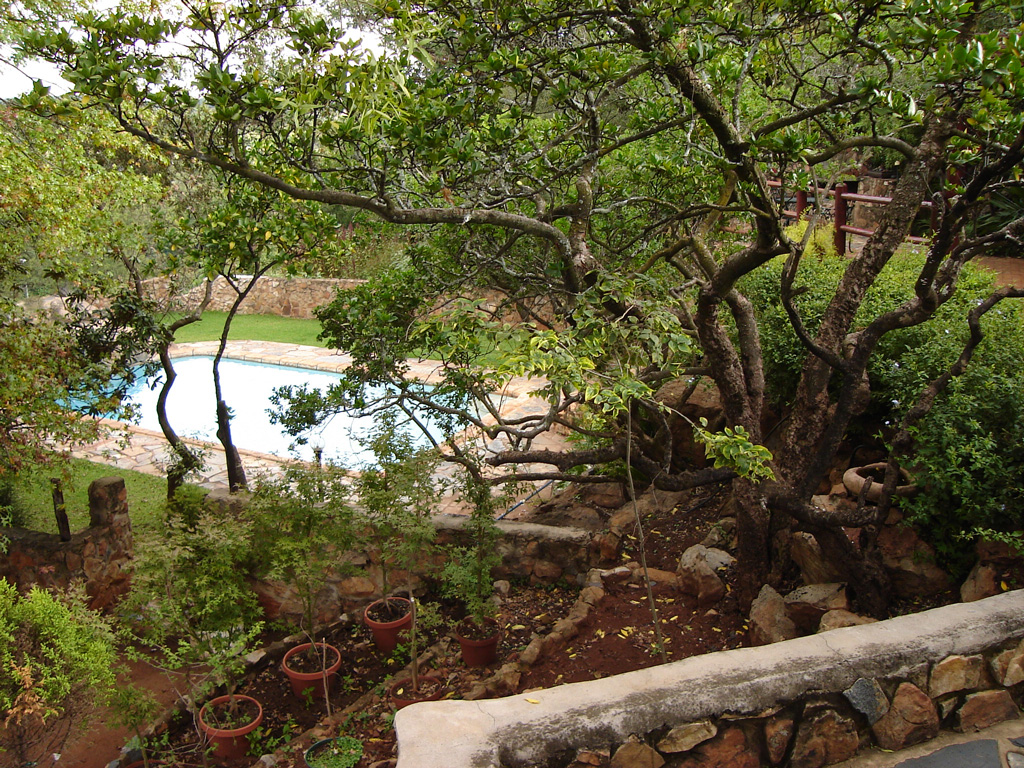 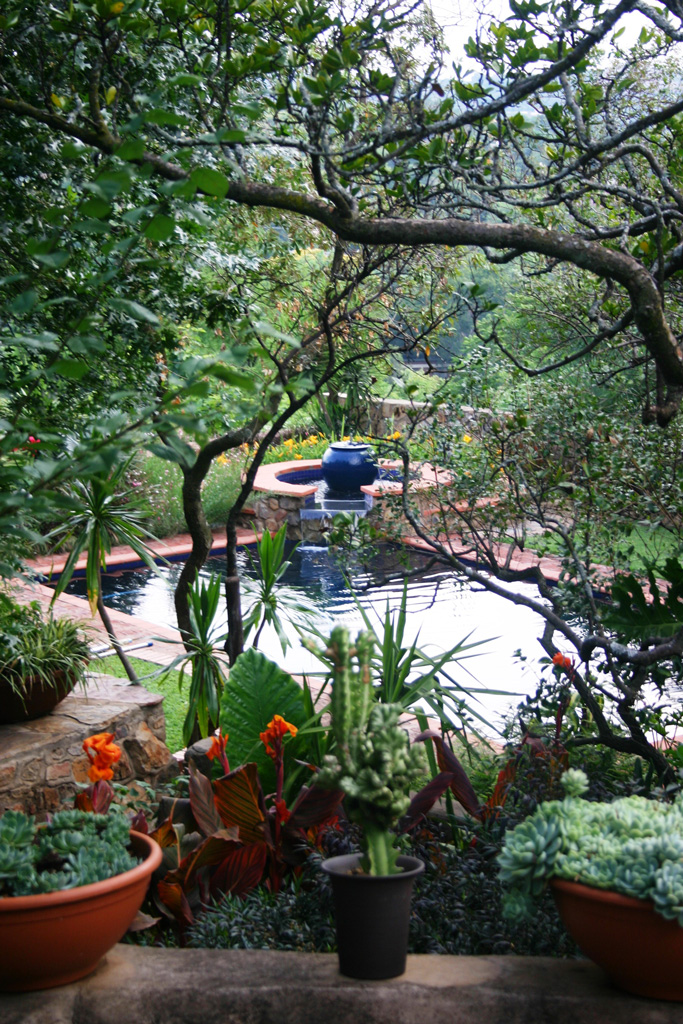 exterior view – from pool to patio 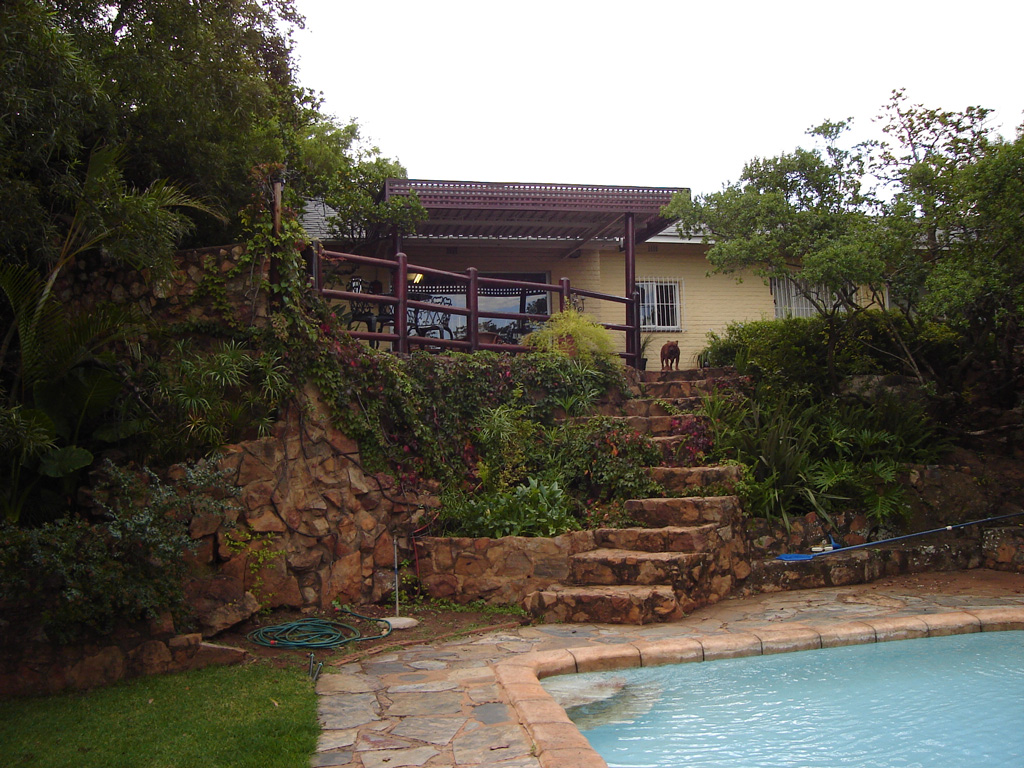 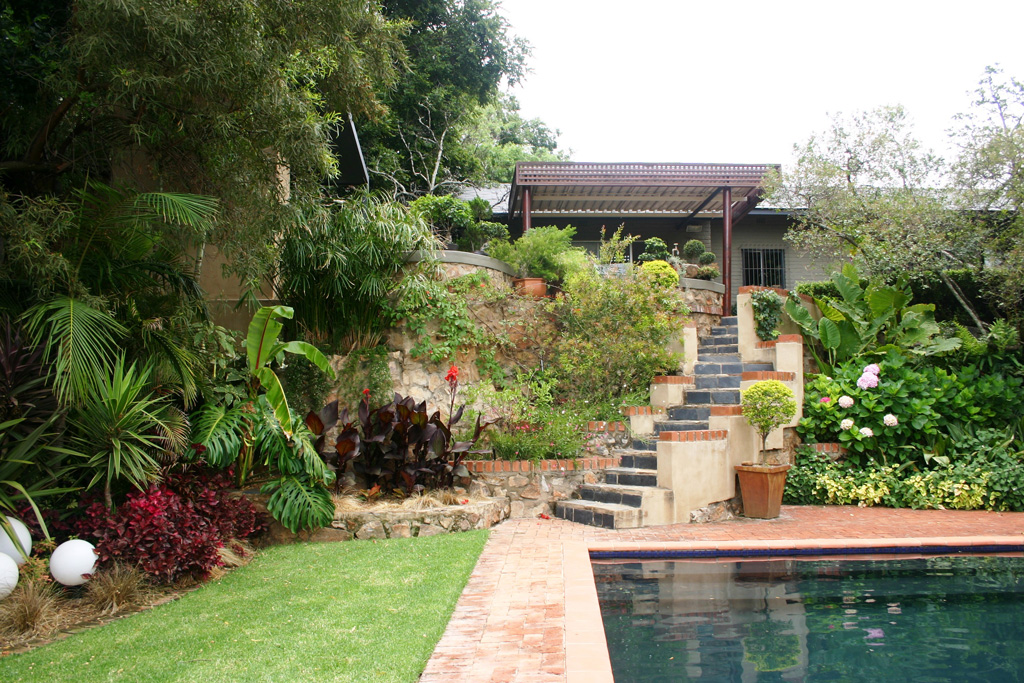 exterior view – from east towards pool 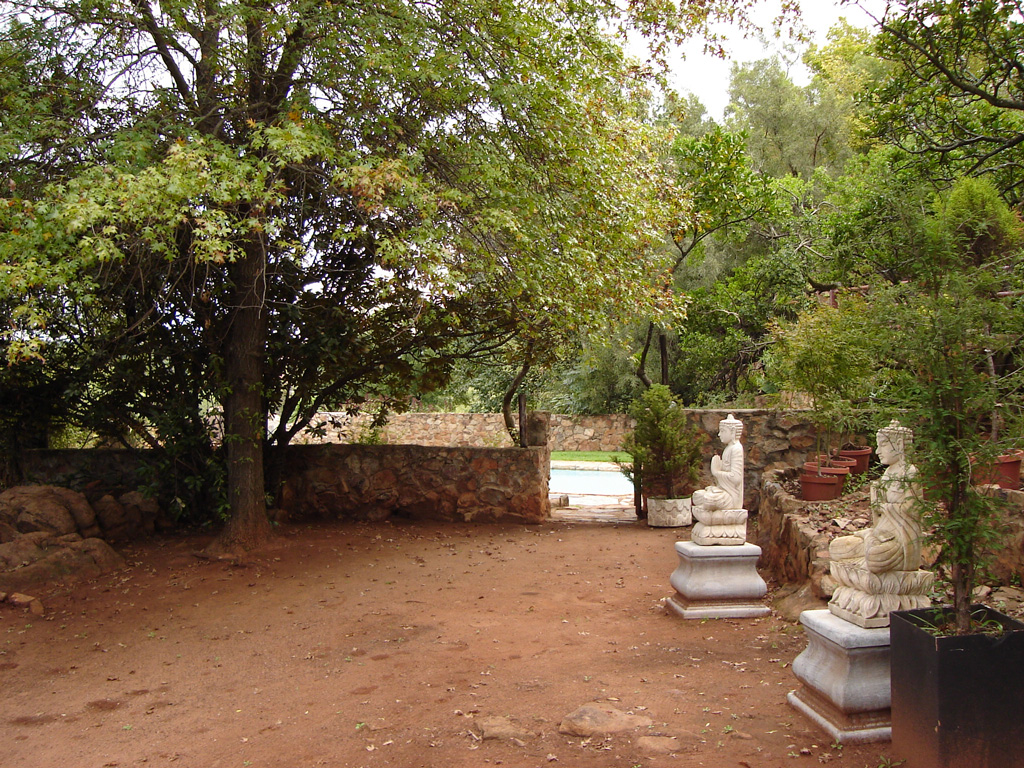 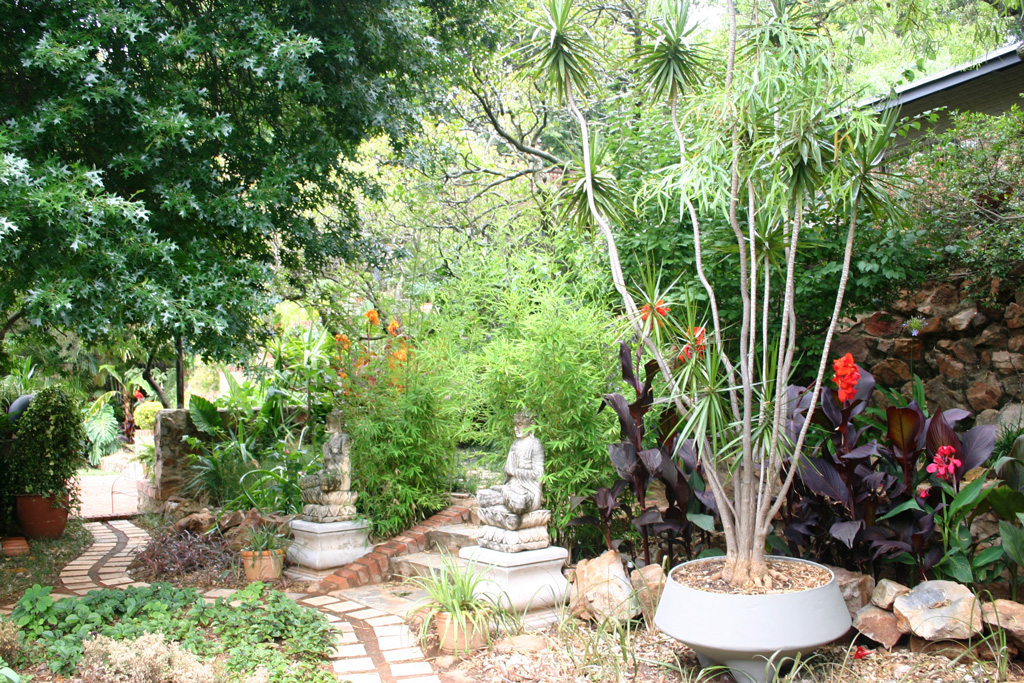