(renovation/restoration of an old victorian residence)

Nuclei was contacted early 2006 by the new owner of one of the few remaining large old properties in Irene Estate – Pretoria, to assist in the design and renovation of this beautiful yet seriously dilapidated old house.

Our client bought the property with its large grounds (3600m²) and gardens, as well as several other out buildings, solely to ensure it is not cut into small pieces, or worse, demolished and replaced by town houses, as is the fate of so many of other similar properties in this sought after estate.  Our brief was to restore the building to its former glory, while at the same time bringing it into the 21st Century with regard to amenities and services.

The property had not been used as a residence for two decades and has undergone substantial alterations during the sixties and seventies, without any concern for the style and character of the original house. Research was not conclusive in determining the exact date in which the original house was built, but indicated the date to be roughly between 1914 and 1926. Victorian design mixed with Art Deco influence was clear in the remaining architecture, giving the building an old world charm and unique grandeur.

Nuclei’s first aim was to resolve the layout and circulation of rooms and corridors, so it would conform to more modern living conditions, while at the same time eradicating the “bad” alterations, and keeping with the original style and character of the house.  It was also necessary to ensure that the residence will have the required number of rooms, bathrooms and amenities, equal to a house of this value and status, in order for our client’s investment to be worthwhile and in future could be sold in a competing market.

Other than the abovementioned criteria, Nuclei had almost free reign with regard to layout and brief, which allowed us to fully develop the potential of the property. Restrictions included budgetary restraints and heritage value, but since the latter was very important to us and our client, this was not something that hampered our creativity, but rather served as inspiration.

After formal approval from PHRAG (Provincial Heritage Resources Authority – Gauteng), official approval was obtained from Irene Estate, and thereafter Council in order for construction work to commence. The construction process was a long slow process, due the manual labour involved with the restoration of old Oregon Pine timber floors, skirting, doors and architraves, as well as re-use, restoration and add on to existing pressed ceilings. Old timber and lead glass windows were restored, and replica’s made for where new windows and doors were required.

The existing pillars and arches in the foyer, were used to make casts to allow reproduction to  re-use in the rest of the house. This allowed the opening up of some of the areas to bring natural light into the old dark corridors, and at the same time allowed a more open living arrangement, that what would otherwise not have been possible.

New extensions to the old house were dealt with by firstly making them subservient to the old and characteristic architecture, by using flat concrete roofs, instead of pitched metal roofs and by recessing them where possible so they take no focus away from the original house.  Other new extensions, that replaced the poor later additions, were completely redesigned to fit in with the old style architecture, and to mimic the Victorian/ Art Deco style reminiscent of the old house.

Even the wraparound veranda with columns, were extended around the Northern façade of the building, in order to ensure that the continuous character is maintained on all visible elevations of the house.

Since the building had no proper kitchen left when purchased, a completely new kitchen was created as part of the main living space. It was decided to go for an open kitchen design, despite this not being in character with the old Victorian or Art Deco era, but to ensure the house will comply with a twenty first century lifestyle.

All the bathrooms were completely re-designed or added as new additions, and all of them were done in an old world style and character, befitting the grandeur and grace of the rest of the house.

Old wall paper discovered during the renovation, was matched with similar wall paper, still in manufacture in England, since the Victorian area.  These were imported and used in some rooms to retain and celebrate the original style and atmosphere of the old house.

Since the old sprawling garden formed an important feature of the estate, it was redesigned and partially formalised in a formal Victorian style garden. An enormous old thatch “lapa” that was built over the old swimming pool (that had been filled and covered with pavers), was demolished, the pool restored and it became a beautiful feature and added amenity to the original house.

As a later phase, the other outbuildings were either demolished, or renovated to better suit the rest of the property, and to add to the overall value of the estate. This allowed the creation of a small cottage with a lovely old English character, in place of a rundown outbuilding. 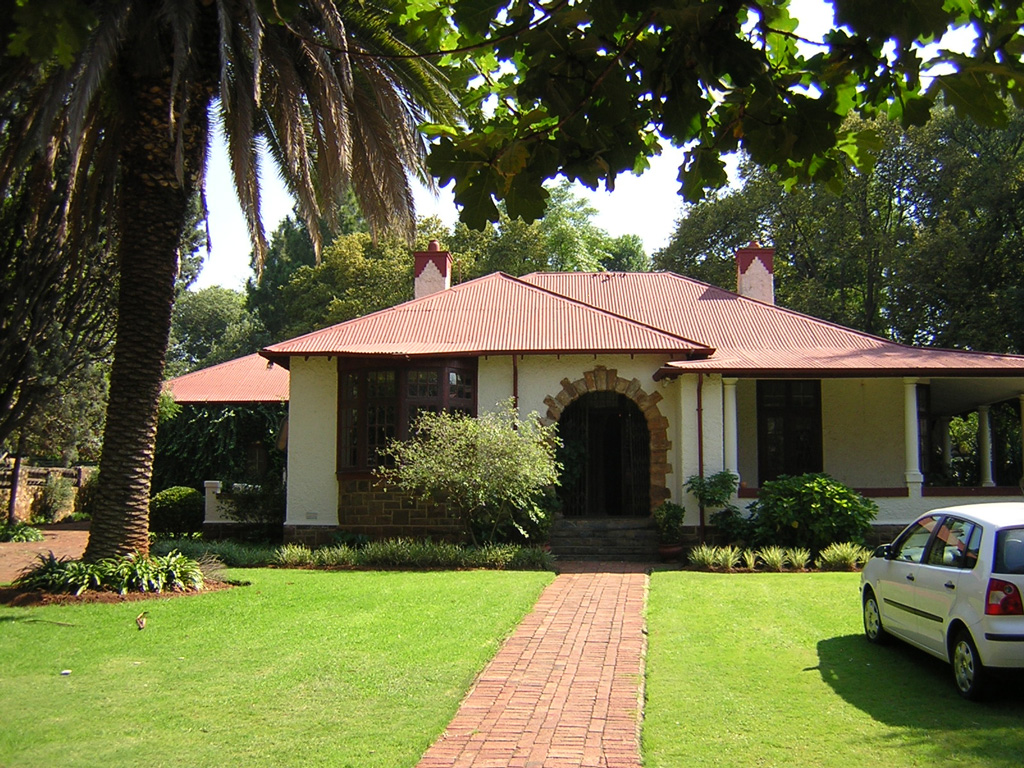 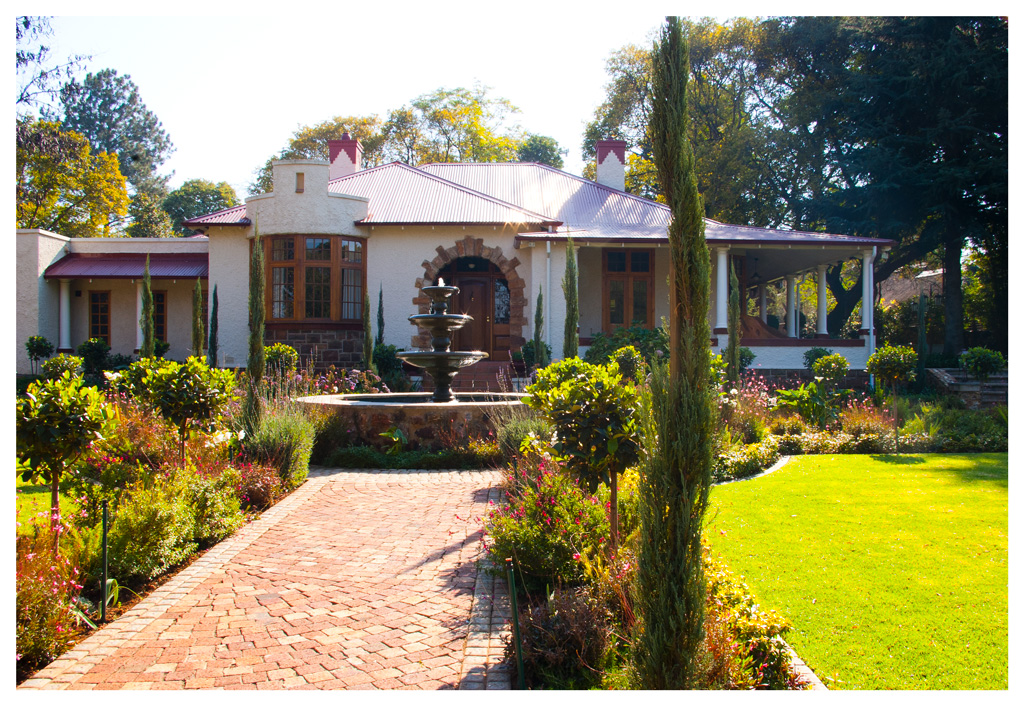 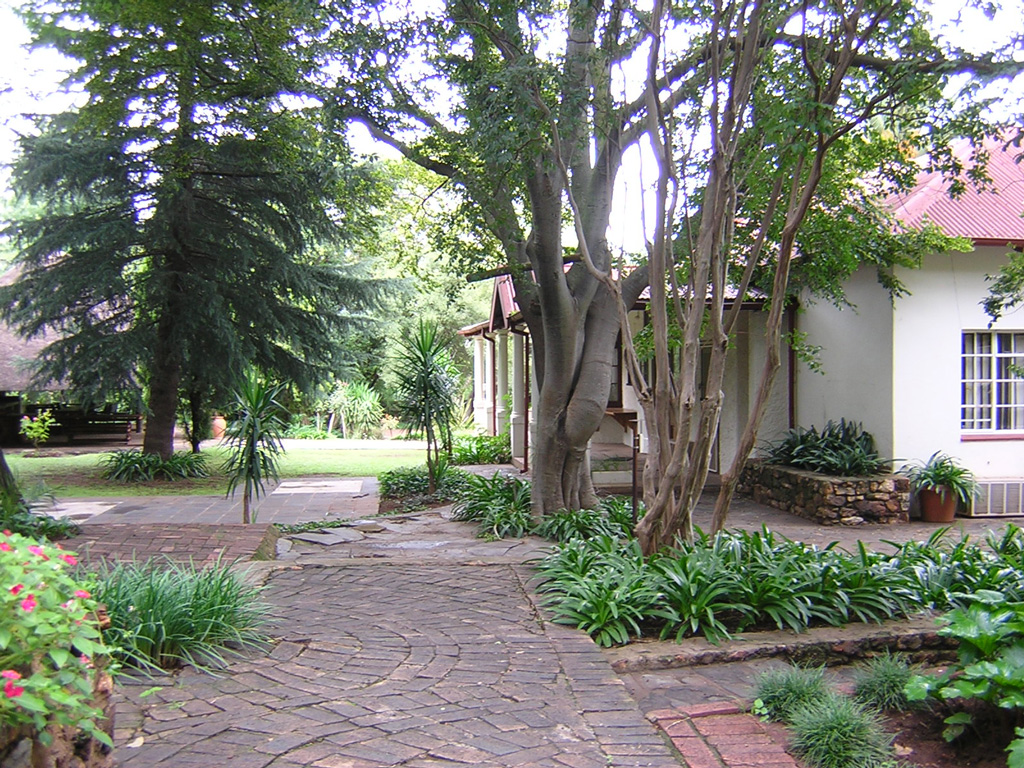 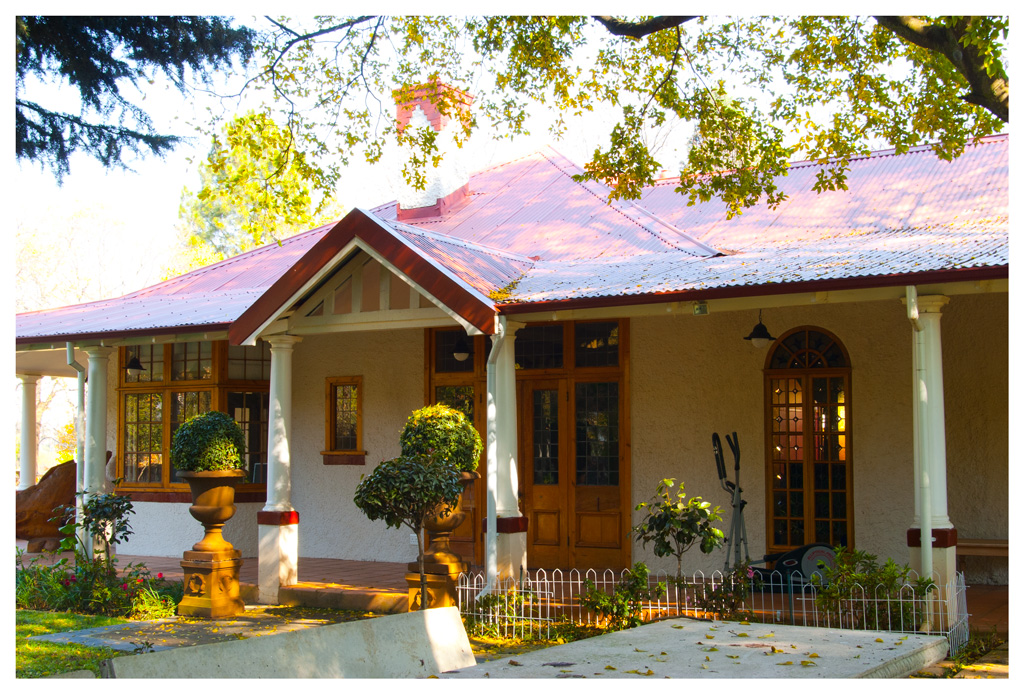 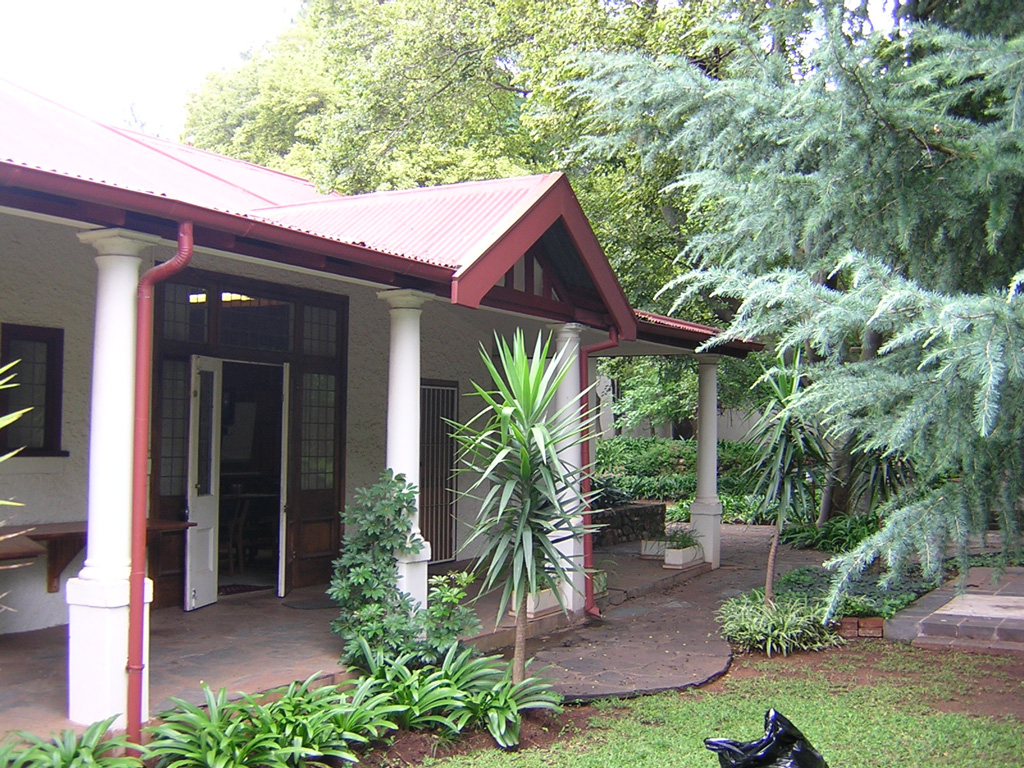 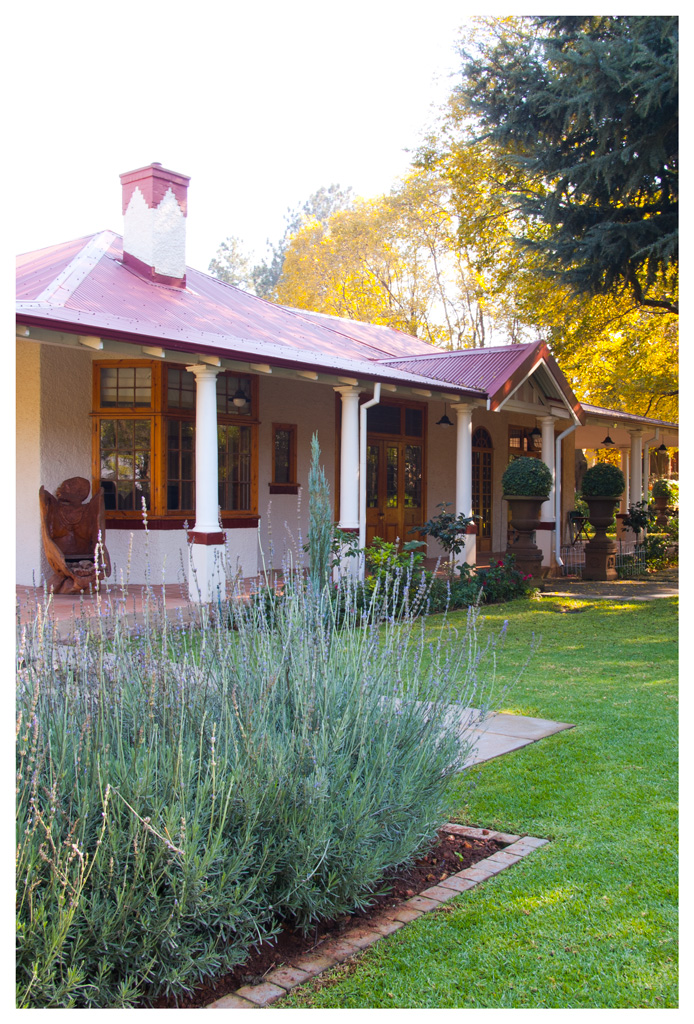 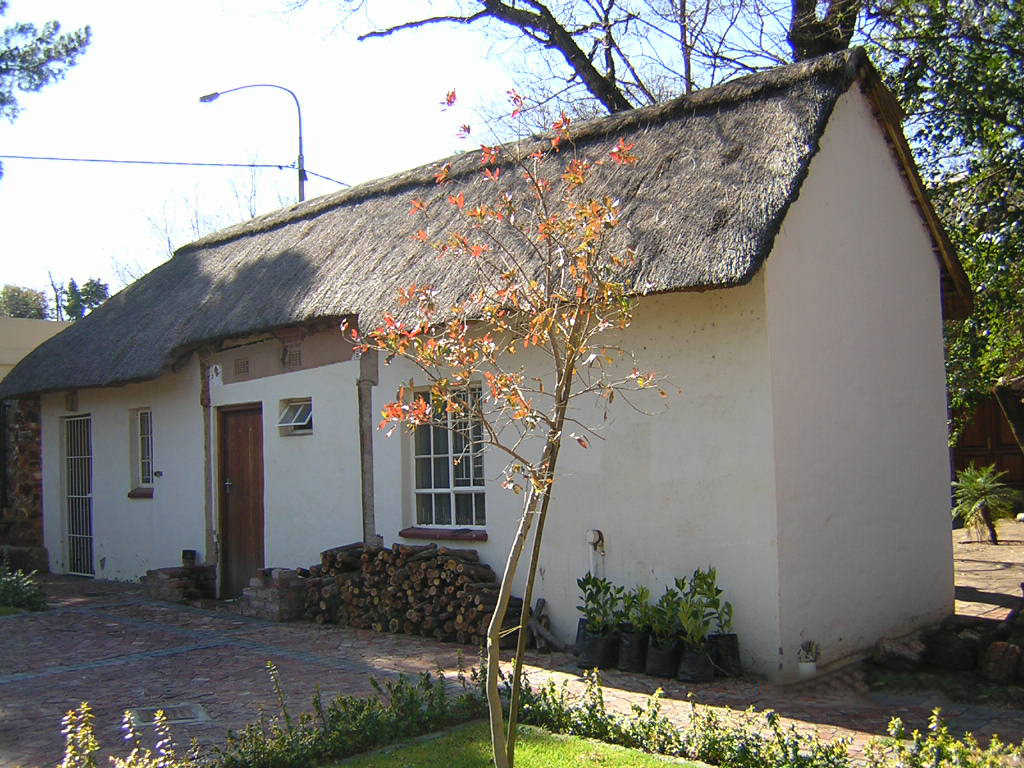 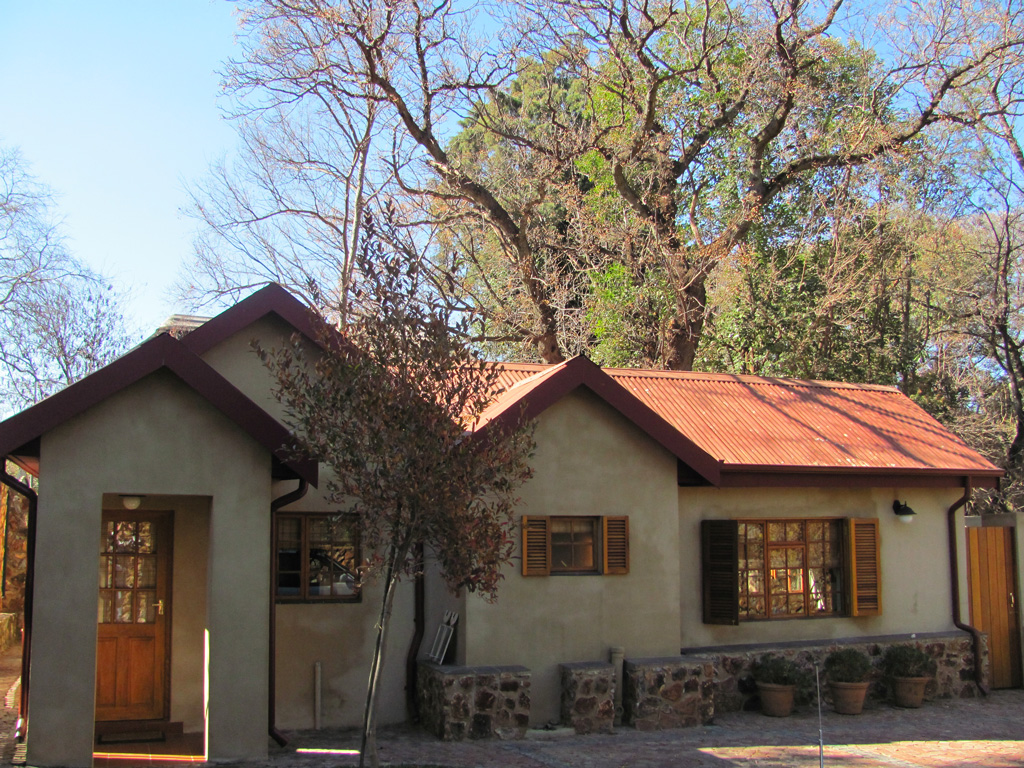 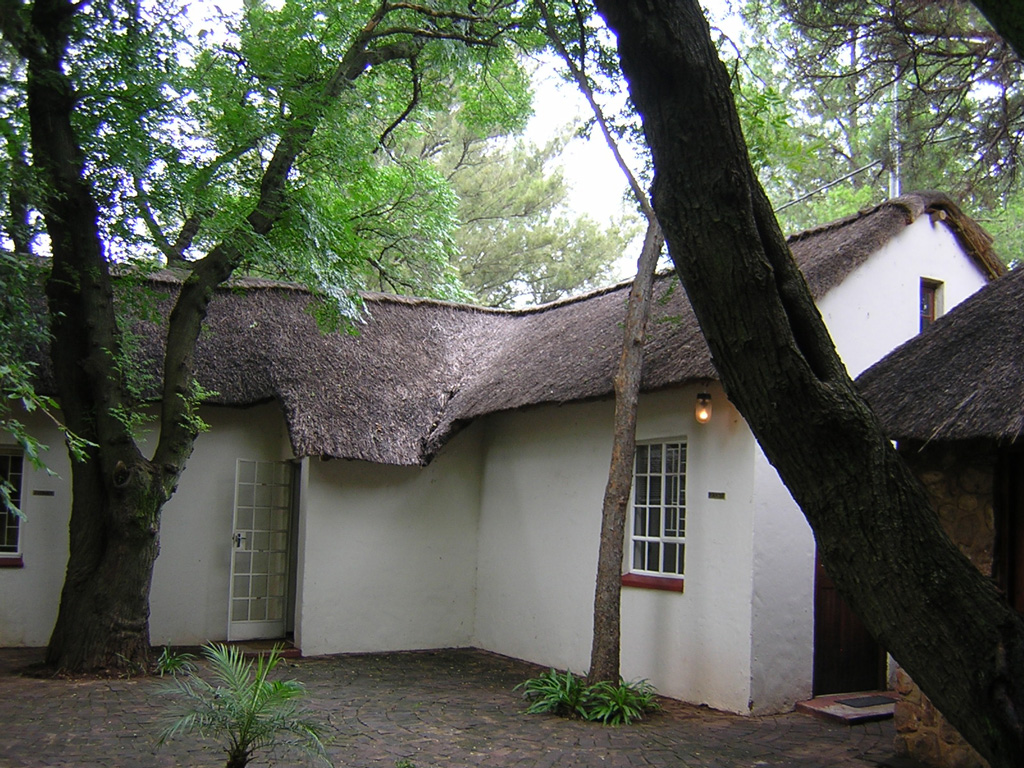 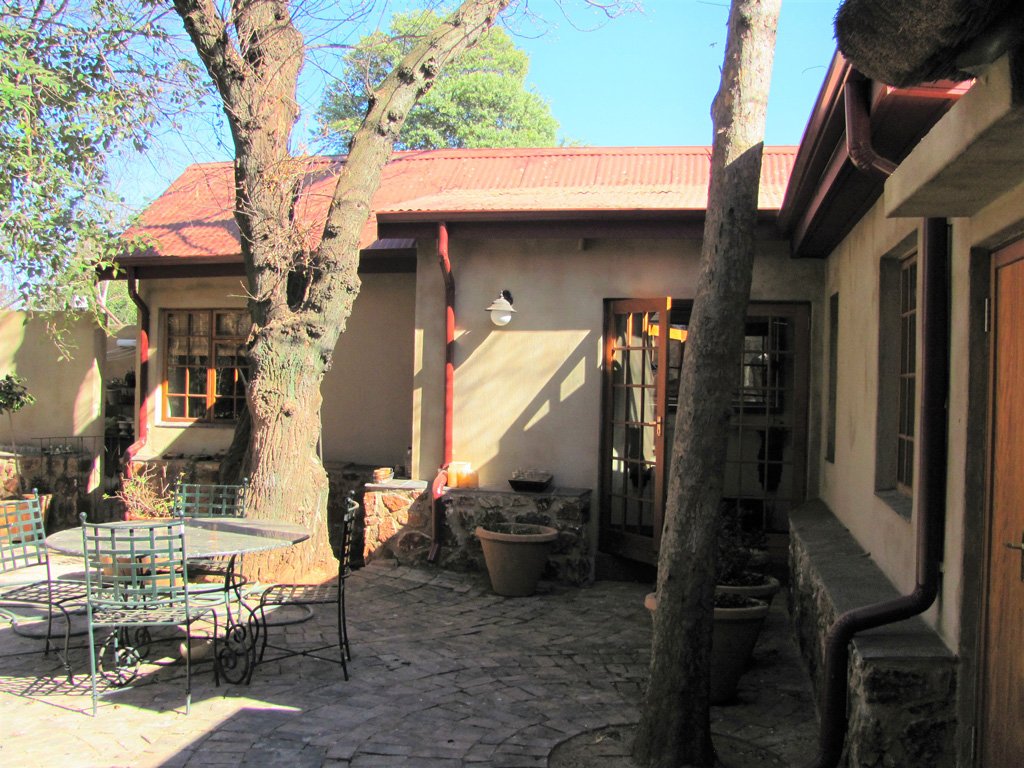 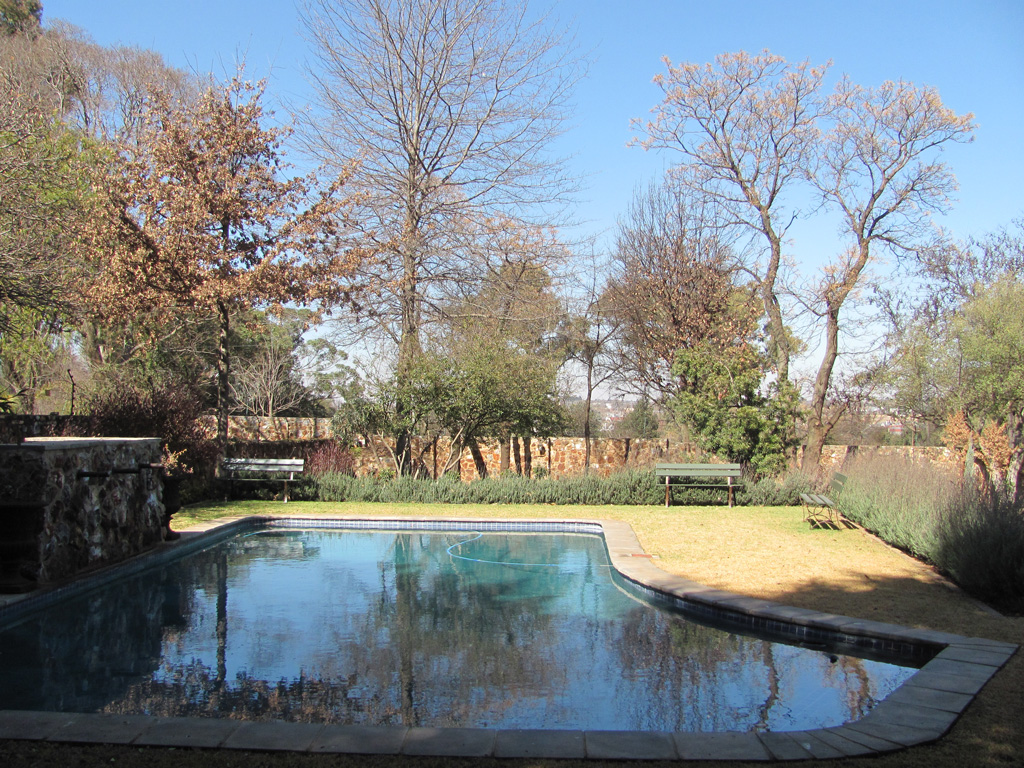 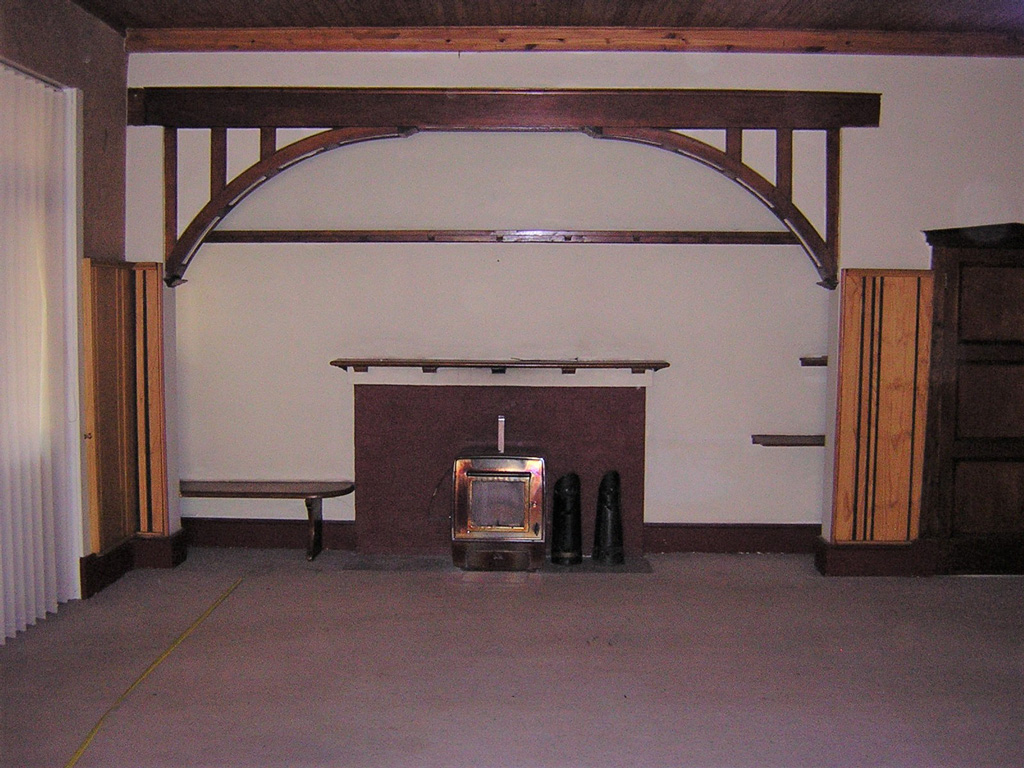 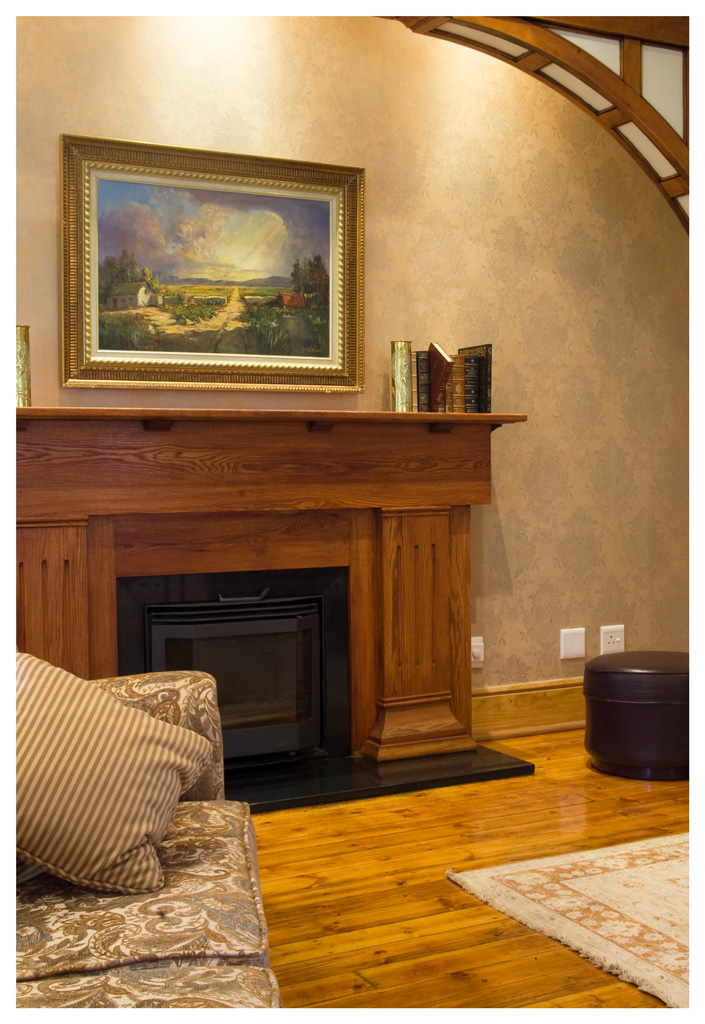 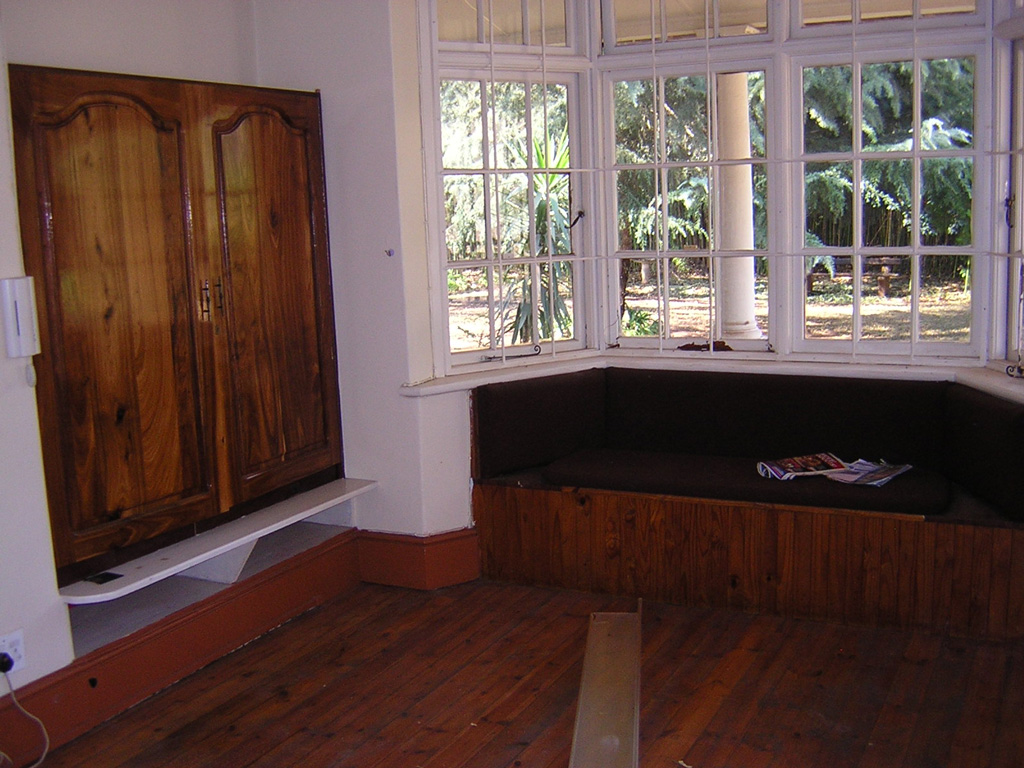 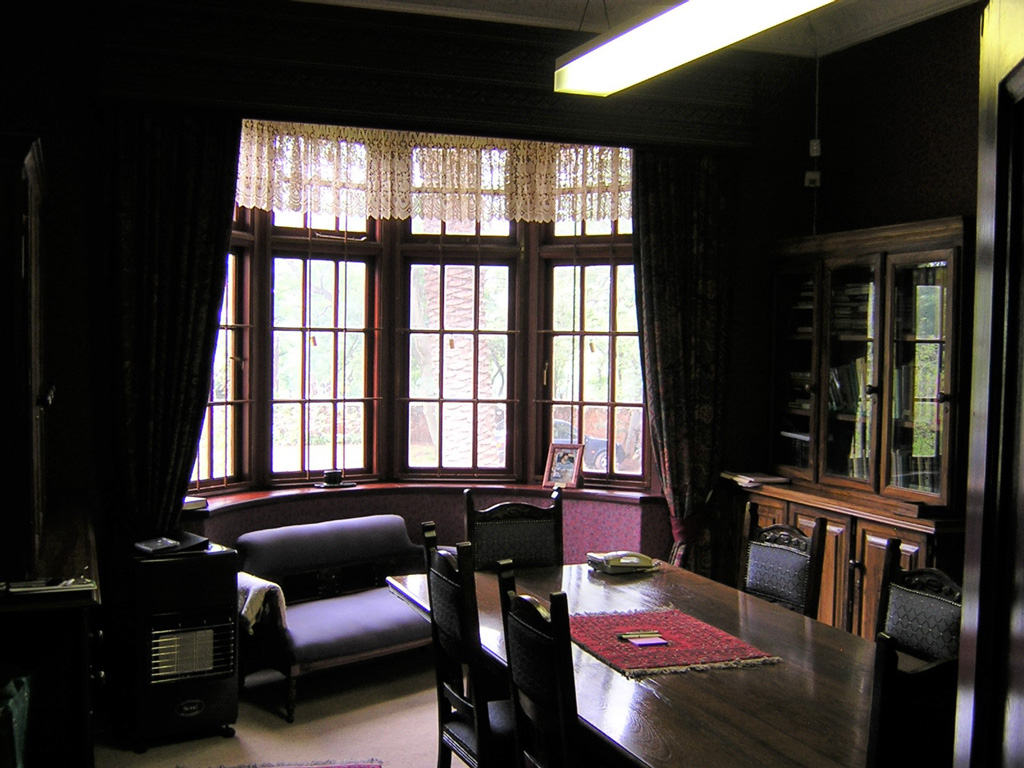 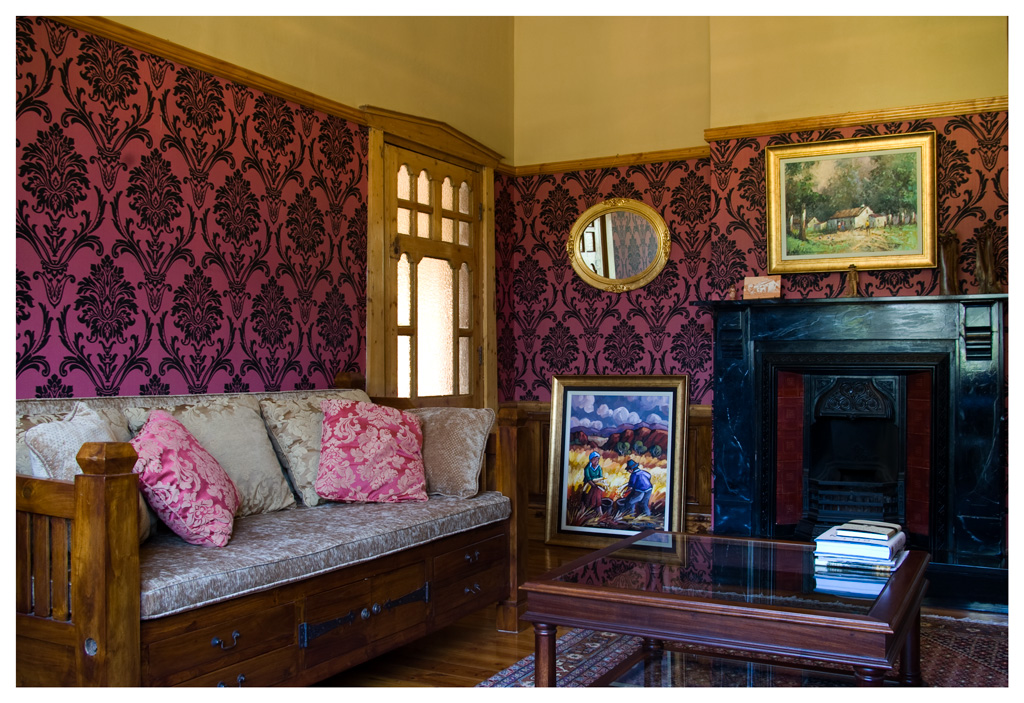 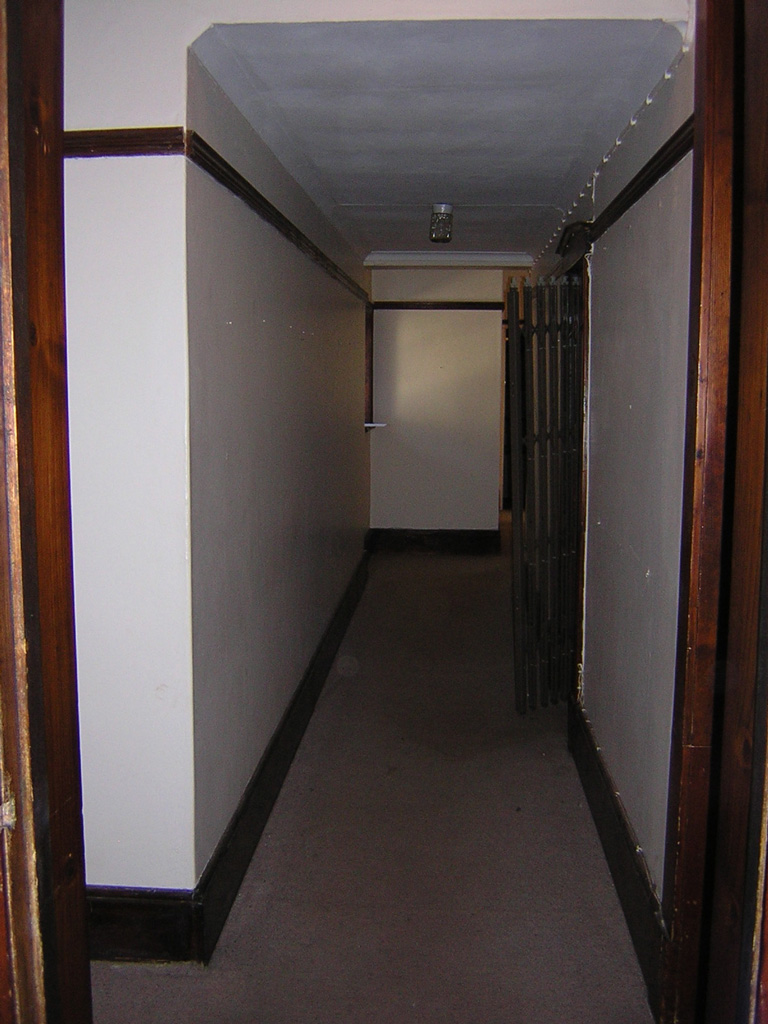 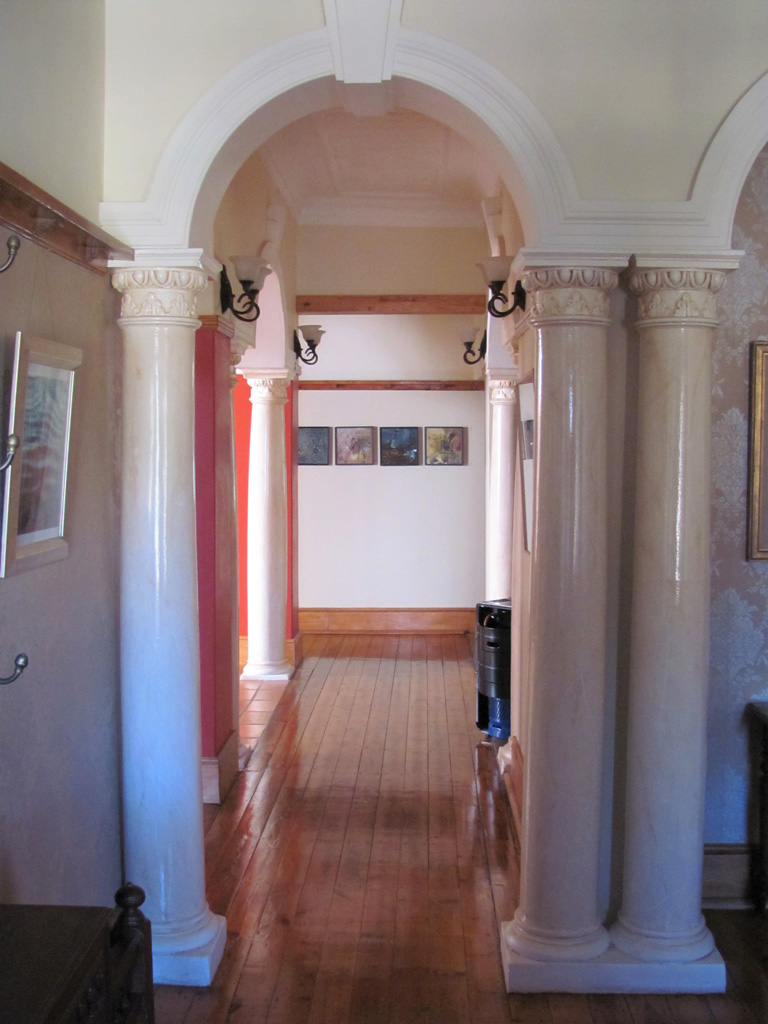